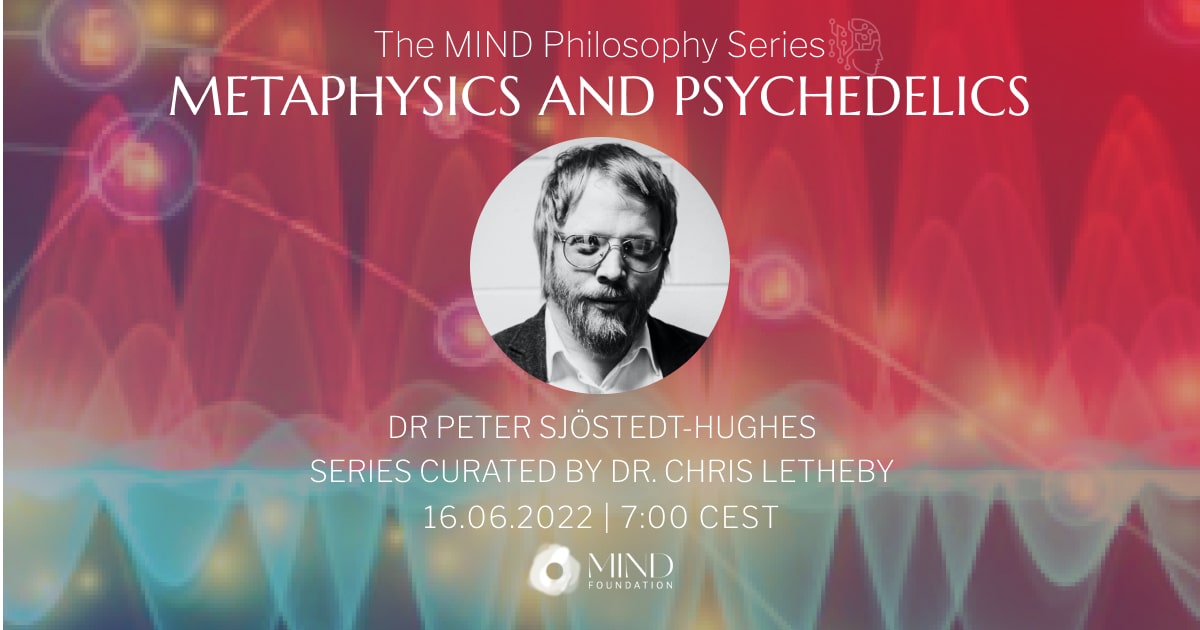 Psychedelics can occasion intense metaphysical experiences, at times shifting a person’s beliefs from one metaphysical system to another. Are such shifts delusional, or might they carry an element of truth?

In the 3rd talk of the MIND Philosophy series, Dr. Sjöstedt-Hughes will speak of how we might make sense of such psychedelic experiences by critically framing them through a host of rational metaphysical systems and issues – especially through the notion of ‘substance’ and its corollaries of physicalism, idealism, dualism, and monism. These in turn will be set against the mind-matter problem, the explanatory gap, to show that our ignorance of this gap should keep our minds open to alternate metaphysical possibilities concerning its solution. There will be a focus on monism in this respect, especially the monisms of Spinoza and A. N. Whitehead.

Dr Peter Sjöstedt-Hughes is philosopher of mind and metaphysics who specialises in the thought of Spinoza, Nietzsche, Bergson, and Whitehead, and in fields pertaining to altered and panpsychological states of consciousness. He is a research fellow and associate lecturer at the University of Exeter where he has co-founded the Philosophy of Psychedelics Exeter Research Group, the ambit of which includes taught modules, conferences, workshops, and publications.

Peter is the author of Noumenautics, Modes of Sentience, editor of Bloomsbury’s Philosophy and Psychedelics volume, the TEDx Talker on ‘psychedelics and consciousness’, and he is inspiration to the inhuman philosopher Marvel Superhero, Karnak.

Join the event via Zoom: