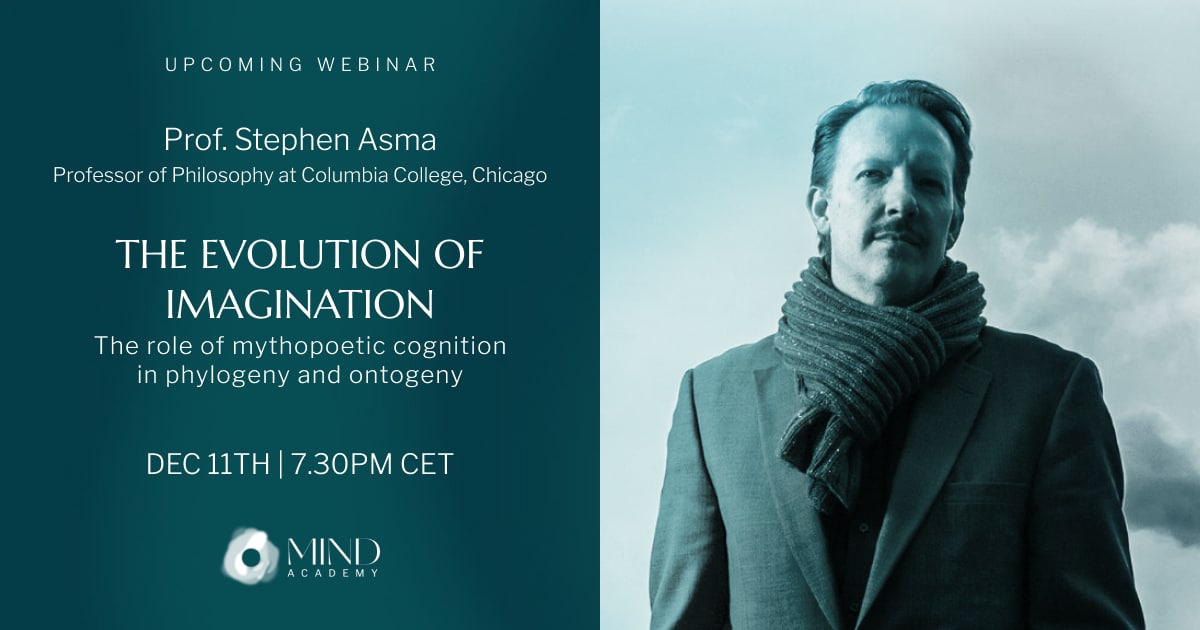 After WWII, archaeologists Henri and Henriette Frankfort proposed the theory that pre-Axial-age mind was mythopoetic. A mythopoetic paradigm or perspective sees the world primarily as a dramatic story of competing personal intentions, rather than a system of objective impersonal laws. More recent work of literary Darwinism has updated and strengthened the claim that narrative thinking is universal, natural, and adaptive. Extending the phylogeny to preliterate and even prelinguistic Homo, Asma (2017) argued that our contemporary imaginative cognition is evolutionarily conserved –it has structural and functional similarities to premodern Homo sapiens’ cognition.

Stephen Asma is Professor of Philosophy at Columbia College Chicago, and member of the Research Group in Mind, Science and Culture. Asma is the author of ten books, including The Emotional Mind (Harvard Univ. Press). He writes regularly for the New York Times, and Aeon magazine. Asma was a Fulbright scholar in Beijing China, and Visiting Professor at the Buddhist Institute in Phnom Penh, Cambodia. He is recipient of the Henry Luce Foundation grant, Public Theologies of Technology and Presence at The Institute of Buddhist Studies, Berkeley CA.