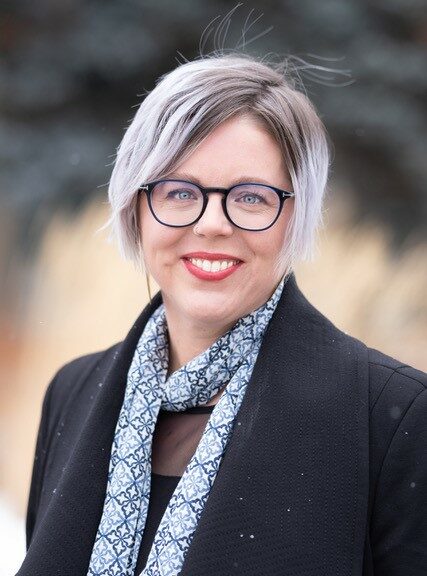 Ada S. Jaarsma is a Professor of Philosophy at Mount Royal University in Calgary, Canada.

Header image by NCI on Unsplash

“Researchers are coming to a shared understanding of how it can be that one person’s LSD trip feels disruptive, while another is mystical and transformative.” (Ada Jaarsma)

Viewed through the lens of placebo research, “set and setting,” a phrase coined decades ago by Timothy Leary, applies not only to first-hand, embodied experiences but to psychedelic science as well.

As a philosopher who studies placebo effects, I was delighted to interview Dr. Ido Hartogsohn about his recently published book, American Trip: Set, Setting, and the Psychedelic Experience In the Twentieth Century, which explores the genealogy of psychedelic research as it relates to personal bias.1 The convergence of psychedelics and placebo research is at the heart of Hartogsohn’s central argument: “set” and “setting” play crucial roles in the experience of psychedelic trips as well as in the scientific research surrounding them.

In our video-conversation, you’ll learn how these terms, set and setting, have emerged as newly critical concepts in psychedelic research.  You’ll also hear our reflections on the importance of these concepts, not only for advancing medical treatment and resolving longstanding mysteries related to psychedelics, but also for existential transformation.

In this post, I draw out the philosophical implications of Dr. Hartogsohn’s approach to psychedelic research—namely, one anchored in first-person, embodied experiences and passions—and turn to philosopher of science Prof. Isabelle Stengers’s work on placebos to elaborate upon this approach.

Passion and Interest in Scientific Inquiry

Dr. Hartogsohn’s description of his own book echoes the philosophy contained within it. In our video conversation, Hartogsohn and I talk about how psychedelics and psychedelic research are not static objects of inquiry that stand apart from Hartogsohn’s own experiences.  Rather, they are tangled up with Hartogsohn’s own embodied interests, including his interests in art and in existential transformation. Moreover—and this is one of the key takeaways of his book-length study—the more we learn about the workings of psychedelics, the more we discover the relevance of the experiences of scientists and clinicians to the findings of psychedelic research. In his book, for example, Hartogsohn traces the shifting definitions and methodologies of scientists over decades, examining key events in the study of hallucinogens and related phenomena that connect with broader societal shifts in the meaning of medicine, art, and embodied experiences. From Timothy Leary, who first coined the term “set and setting,”2 to an array of contemporary researchers, Hartogsohn draws on Science and Technology Studies to examine the interplay between scientific insights and scientists themselves.

What I find telling about Hartogsohn’s philosophy is how well it aligns with Prof. Isabelle Stengers’s descriptions of scientific inquiry more generally. Stengers is a feminist philosopher of science, and during my conversation with Hartogsohn about his book, I kept thinking about Stengers’s claim that passion and interest are essential for emerging and significant scientific research.

Here’s how Stengers puts it in one of her influential essays about the workings of scientific research: “The emperor is wearing clothes.”3 This claim is characteristic of Stengers’s  philosophical prose, and it packs a punch because it stands in explicit contrast to mainstream, conventional stories about science.

It can be tempting, even at times compelling, to imagine scientists as disembodied minds to underscore the efficacy of their methodologies: there they are, we might imagine, working in their labs, deploying protocols and undertaking statistical analyses and striving, above all, to produce findings that are duplicable and generalizable. (You might hear a version of this story in the video-essay, when I muse about mysteries that have long perplexed both placebo and psychedelic researchers. It is only when the fantasy of disembodied scientists is replaced by engagement with particular research practices that these mysteries give way to rich, exciting new understanding.) This temptation is not worth indulging, Stengers maintains. The emperor is wearing clothes! There is a comedic spin to Stengers’s metaphor here, since it inverts the familiar tale of an emperor who marched proudly in public, passing as clothed while not wearing any clothes at all. In Stengers’s version, it is the scientist qua emperor who enjoys the conceit of passing as naked, all the while wearing professional attire.

It is vital, on Stengers’s account, to engage with different styles of scientific research—and to affirm or question the methods and conclusions devised by scientists, as members of the public. To take up this task well means finding ways to resist the entrenched modern story about science, in which “the emperor has no clothes.” According to this modern story about science, Stengers explains, nature must be described by an “ideal, godlike spectator,”4 instead of by the clothed, embodied persons who undertake the collaborative tasks of research.

Research as a Love Song

“My book is a love song to LSD.”  (Ido Hartogsohn)

I first began studying placebos and placebo effects because of Stengers’s philosophy of science. Consider the white coat, often worn by medical doctors and researchers. This is an example of how clothing itself, associated with expertise, can convey authority: this white coat is a well-documented placebo, drawing out placebo effects in patients or research participants.

In my own work, conducted collaboratively with psychiatrist Suze Berkhout, I’ve become struck by the import of these kinds of placebos, especially for thinking about disability5 and race,6 precisely because they highlight the embodied interplay between the “emperor’s clothes” and the researcher, consumer, client, patient, or citizen. Science—and specifically medicine, in this case—wields such placebos that our very bodies and minds anticipate and manifest their curative powers.  We might get better in part because we visit the doctor’s office.  As an early publication in Placebo Studies puts it, “diagnosis is treatment,” 7 and wide-ranging research affirms the significance of how we receive these diagnoses.  Our treatments will likely work more effectively when our clinicians infuse their instructions with enthusiasm. And our symptoms might worsen or treatments fail to work when doctors address us with disinterest.8  Given how medicalized our social contexts tend to be, saturated as they are with messages about new and improved scientific treatments, scholars in Science and Technology Studies point out that there is actually no such thing as “no treatment.”9 Extending far beyond the bounds of visits to the doctor or brand-names on a pill, placebos are all around us.10

This is key to Hartogsohn’s analysis. What American Trip adds in particular to our understanding of psychedelic research is sustained exploration of the role of “set and setting” and placebos more broadly in psychedelic experiences. I’m fascinated, myself, by this line of thought—that the very environments in which we find ourselves (the sounds, sensations, and designs of spaces) might hold import for how our bodies and minds experience psychedelic trips.  This is in part what “setting” refers to, and as Hartogsohn points out in our conversation, including things like the doctor’s white coat.

In turn, the term “set” refers to the mindset, expectations, and conditioning that a person brings to a psychedelic experience. These ingredients are also essential to the dynamics by which placebo effects emerge.11

It’s striking, then, when a researcher like Hartogsohn acknowledges that their book project is a love song to the very phenomenon being studied—psychedelics, and LSD more specifically in this case. Hartogsohn’s genealogy of psychedelic research, laid out in American Trip, helps me understand more clearly why Stengers is so insistent that scientists draw on their own vested interests and experiences in order to generate new experimental findings. What I hear, in Hartogsohn’s declaration, is an affirmation of Stengers’s point that the emperor is wearing clothes: placebo effects, in other words, are just as relevant to the scientific study of psychedelics as they are to the experiences of hallucinogens themselves. Even more, I hear an invitation to us, as readers and engaged members of the public, to reflect on our own embodied responses to the love songs of researchers.

Stengers can also help us think more philosophically about how “set” and “setting” relate to historical and ongoing research into psychedelics. As part of her scrutiny of the importance of interest and passion for science, Stengers points out, “The etymology of [the word] ‘interest’ is ‘to be situated between.’”12 This “in between” is precisely what is often missing, when it comes to scientific inquiry. Just as a patient or a user forges a connection with a hallucinogen—in ways that will be utterly specific to them—so too do scientists and science-studies scholars like Hartogsohn forge connections between their own interests and the phenomena being studied.

And when these connections are infused with love, as Hartogsohn describes his own book project, then the outcomes might well be as edifying and transformative as a positive psychedelic experience.