The Synergy of Meditation and Psychedelics 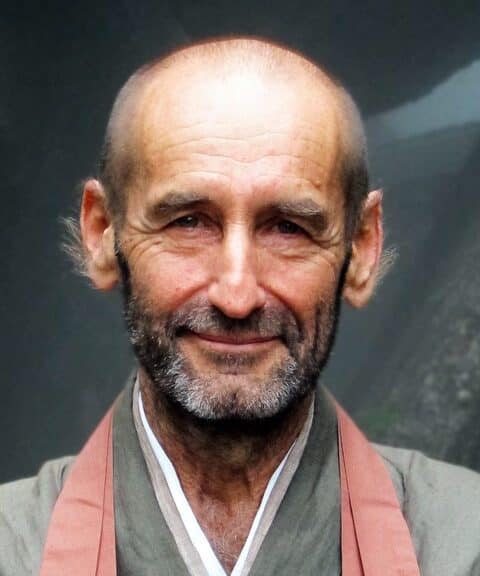 Founder of the Felsentor Foundation, a place of Zen practice, but open to all paths and traditions.

In this essay, I speak from a Western Buddhist teacher’s perspective and as a person who has supported psychedelic research in Switzerland. I am not a scientific psychedelic researcher, but have researched psychedelics in rewarding ways in my life. I will only cite one scientific paper – a study with long–term meditators and psilocybin that took place at Felsentor, a meditation center in Switzerland.1 Put in a nutshell, all participants agreed that these two approaches (meditation and psychedelics) do not compete with each other. One cannot replace the other, but they can very well be mutually supportive.

According to Patanjali, the Yoga Sutras legendary composer, meditation and psychedelics are technologies of consciousness, gateways to the sacred, wonderful states referred to as the siddhis. His chapter on freedom starts by listing them. First comes innate/occurring spontaneously (janma), followed by the medicinal plants (osadhis), the austerities (tapahs), the repetition of syllables (mantras), and, last in the list, meditation (samadhi).

One way to look at the relationship between meditation and psychedelics is to look at the etymological roots of the two words. “Meditation” comes from the Latin “meditari”, which in turn has its origins in the indo-germanic “med”, having something to do with “measuring, walking, staking out.” We could define it as the act of exploring, walking in, measuring, staking out the sphere of our consciousness. “Psychedelic” is based on the Greek words “psyche” and “delos”, the first meaning “breath, the seat of consciousness”, the second “clear, visible”. Psychedelics can help us to clear our minds and make visible the nature of consciousness. So from the etymological point of view, through very different lineages, meditation and psychedelics are pointing in the same direction: Exploring our inner being. The linguistic relationship between the two words mirrors the actual experience of many people who view them as very different means to investigate very similar subjects: Consciousness, ourselves, the meaning of existence, the ultimate.

Different Roads but the Same Destination?

These different access roads might not be as diverse as they might first seem. Several scientific studies have shown that oceanic, border-free states of consciousness, which are associated with deep feelings of connectedness with other humans and nature, can be achieved through ingesting certain psychedelics, as well as by certain non-pharmacological practices like a floating tank, prolonged dancing (e.g., as practiced by some Sufis), drumming (e.g., as practiced by some North American Indians) or meditation (e.g., sitting Zazen).

A minor detail I find particularly interesting in this context is the fact that high fever (which Ignatius of Loyola, Francis of Assisi, Hildegard of Bingen, as well as many other Christian saints suffered from at the time of their spiritual awakening) seem to produce observable and measurable changes in the brain which are comparable to the changes produced by the intake of psilocybin and other psychedelics.

Yet another way is to look at their dependent co-arising  (Pratītyasamutpāda) in our current time. It is well-documented that meditation (and yoga and other spiritual practices and concepts) became popular so quickly in the Western hemisphere because psychedelic experiences prepared the ground for it. It was mostly us hippies that went to India and other places to discover and pick up all of these exotic yet somehow intriguing practices and ideas, driven by youthful curiosity and an existential need to make some sense out of these life-changing experiences under the influence of powerful, mysterious (psychedelic) substances. Some of us stayed there, at least for a few years, but eventually, we brought back our newly gained skills, methods, and insights, together with the (primarily Asian) teachers we met on the way. Some continued with the initial means to alter consciousness, but probably most of us stopped taking psychedelics, at least for a while, sometimes (like in my case) for decades. Nowadays, quite a few seem to have come back to it, expressing renewed interest in this approach.

Scientific Research on the Synergy of Meditation and Psychedelics

This renewed interest has also sparked various scientific studies. In 2015, together with Franz Vollenweider and his team from the University of Zürich, we conducted a retreat at Felsentor, a remote meditation center high above lake Lucerne.1 On the 4th day of a more or less traditional Zen Sesshin (an intense silent meditation retreat), 40 participants got either a relatively high dose (0,315 mg/kg) of psilocybin or a placebo. These were people with a lot of meditation experience (minimum five years) and no (or very little) experience with psychedelics. During the retreat, they had to fill out (seemingly endless) questionnaires and get regular physical check-ups; right before and after the event, they got an MRI at the psychiatric university clinic in Zürich to measure their brain activity.

We were able to show that after five days of meditation, the meditators’ concentration, compassion, social engagement, and overall well-being were significantly higher than the baseline at the beginning – meditation works! For the people that did not get the placebo, but the active dose of psilocybin, all of these desirable qualities were much more present, even after 3 and 6 months. All participants reported back positively, with no exception (which is scientifically almost a bit embarrassing). The experiences and the feedback covered a broad and differentiated spectrum, from “interesting but nothing fundamentally new” to “this was more helpful than many years of sitting meditation“. Everybody in this group agreed that meditation and psychedelics do not compete with each other. One cannot replace the other, but that they can very well be mutually supportive. Many of the long-term meditators felt that the psychedelic experience refreshed, encouraged, and confirmed their daily practice. One woman had begun sewing an O’Kesa (Buddhist robe) ten years earlier but somehow never finished. She picked the thread up again and finally completed it, and happily so.

And it worked the other way, too: Through their long practice of sitting still and observing the restless and creative mind, the participants were obviously in a better place to navigate the sometimes quite intense and potentially scary changes in perception during the psychedelic journey. In a ground-breaking study of Roland Griffiths and his team at John Hopkins University (dose-related mystical experiences), two-thirds of the participants who received a high dose of psilocybin had deeply mystical experiences, and about one third reported passages of intense confusion and/or fear (none of it really severe or lasting). In comparison, in the study at Felsentor, we saw an even higher percentage of oceanic openness and mystical experiences – and practically no adverse side effects.

These differences can be traced and bring us to the psychedelic journey’s three jewels: SSS, Substance (or Sacrament), Set, and Setting. The Sacrament was the same in both studies, but the (mind-)Set of an experienced, long-term meditator is different from someone with no experience in meditation, and the Setting was quite different too: single versus group experience, a (cozily decorated) hospital room versus a monastic setting in the remote mountains.

A monastic setting may not immediately bring up the association of psychedelics. However, if we look at the origins of the world religions, many authors came to the conclusion that they are at least partly rooted in shamanistic practices and world views… and that they probably used various substances, too. Sacraments (‚a means to get to the sacred ‘) in the form of drugs clearly lay at the roots of our Indo-European culture: In the Rigveda, the oldest of the four Vedas, an entheogen called Soma is mentioned 126 times; it was drunk to contact the gods. And in Athens, for many centuries—perhaps millennia—the Eleusian mystery plays concluded and culminated with the ingestion of Kykeon, likely another potent psychedelic potion. The newly Christianized Romans stopped this pagan tradition and destroyed the physical temple in the 4th century. The exact contents of both brews is a subject of debate, and lately also of research (e.g., Mike Crowley: The Secret Drugs of Buddhism; Brian Muraresku: The Immortality Key).

And it looks like our ancestors weren’t the only ones consuming psychoactive substances. Other—probably most, if not all—earthlings, biological hosts of consciousness, did and still do it too. The ethnobotanist Giorgio Samorini describes in his book “Animals and Psychedelics” dozens of species that play with the alteration of consciousness by ingesting various species-specific plants or mushrooms. This basic tendency to push our perception’s borders is seemingly not limited to us humans, not even to us mammals. When I once dried some amanita muscaria (aka toadstool, in German “Fliegenpilz”), I noticed many dead flies lying in-between the sliced pieces. They seemed dead, but because I remembered them being one of the species described in Samorini’s book, I kept three for observation. And lo and behold, after several hours, two of them started to move again, first with their legs, still laying on their backs. Eventually, they got onto their feet again and flew off after some shaking and moving around. I am not sure whether the third one overdosed or whether I ended my watch too early (after about 15 hrs.). Later I found a report of a fly recovering after close to 40 hours in a coma-like state.

The Future: Combined Practices, Experiments, and Individual and Societal Development

Concluding this little essay, one question is how meditation and psychedelics can be practically combined, intertwined. It looks like people who are seriously (and hopefully light-heartedly and playfully) into meditation can receive valuable pointers and gifts even from a one-time or occasional journey into the world of psychedelics. And it looks as if experience in meditation can be a precious asset in negotiating the sometimes high seas of such an adventure. Are these profound, often mind-shattering experiences ultimately helpful or harmful? A moment after his great awakening, a Zen master exclaimed, “…my life is completely shattered and ruined…”. As we get closer to the life force itself – not just our ideas about it – our categories and points of view are put into perspective, and their relative nature becomes obvious. It is from this perspective that we must judge the value of any given experience.

I feel encouraged by the many brave and innovative experiments that are presently taking place in these areas all over the world and by the shift in media coverage and public perception—which will, in time, hopefully, lead also to a change in the legal status of these potent molecules. If used respectfully and wisely, they have the potential to guide, help, and heal us, making us keenly aware of both, the beauty and mystery of everything – as well as the suicidal traps we humans find ourselves presently in, individually and as a global culture and society.

May all beings be happy and free from suffering.