Dr. Milan Scheidegger, M.D., is a resident physician at the Department of Psychiatry, Psychotherapy, and Psychosomatics at the University of Zürich. 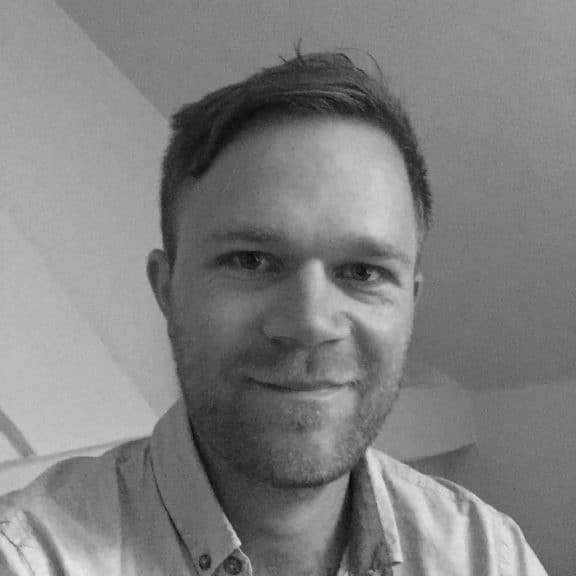 Ketamine in Contextual Trauma Therapy: The Paradox of Dissociation in (Complex) PTSD

Christoph Benner: Milan, the central theme in your work is transformative psychotherapy. This sounds somewhat like “sweet honey” or “round ball” – a reiteration of what already is. What I mean: Isn’t every psychotherapy by itself transformative? Why this accentuation?

Milan Scheidegger: You are right, the goal of every psychiatric therapy is the transformation from a maladaptive to an adaptive health state. However, contrary to a classic substitution-based therapy – think about using antidepressants to substitute brain serotonin in depressed patients – transformative psychotherapy represents an innovative and promising therapeutic option. With the short but profound alteration of consciousness induced by psychedelic substances, patients are more likely to change and maintain an adapted health state. While substitution-based therapy primarily targets symptoms of diseases, transformative therapy targets the causative dynamics that underlie a particular disease. The clinical decision about which of those therapeutic options suits an individual patient best needs to be based on a careful risk-benefit evaluation.

Your answer immediately raises the question of whether substitution-based therapy and cognitive transformation can be separated that clearly at all. For example, it is known that depressed patients have a lower synaptic density in distinct brain regions. Ketamine and ayahuasca are both known for increasing synaptogenesis. These substances could therefore be therapeutic in itself as they both substitute the neuronal deficiency and transform consciousness, right?

Looking at the history of psychiatric research, we have seen many transitions between biologically and psychologically-based models of diseases. This mirrors the complexity of the problem: Understanding the interface between mind and brain. I see transformative psychotherapy as a holistic way to treat mental diseases. Substitution-based therapy represents the other side of the coin, that is, the description of a disease via a mislead, mostly local brain process. I don’t think it makes any sense to distinguish mind and brain and treat them as separate entities, because they both depend on each other. And psychedelics are interesting epistemological tools to explore these interfaces: Both ketamine and ayahuasca initiate certain cellular events that eventually lead to profound alterations in consciousness. How this exactly happens is not yet clarified.

You’ve mentioned the holistic demand behind transformative psychotherapy. As such it tries to bridge the gap between indigenous tribes’ traditional knowledge and modern natural science. Where do you start to solve this mammoth task?

The very idea to reconcile these two different world views stems from my ethnobotanical travels through South America and Mexico, where I have explored traditional indigenous methods of healing. As a physician I am genuinely interested in reducing human suffering and I have observed that various induction methods of altered states of consciousness show a promising therapeutic potential. Through studying altered states, we can not only explore the question of how mental suffering arises but also how it can be resolved by acquiring skills to navigate through different states of consciousness in a more flexible and adaptive way – both as individuals but also on a collective level…

…I think an important term here that you also use in your essays is deep ecology, isn’t it?

Yes, deep ecology changes our thinking about the origins of diseases. Disorders cannot be reduced to a single process within the human body, but result from complex maladaptive network dynamics between the subject and its environment. Every process in this ecosystem, ranging from metabolic interactions up to the level of phenomenal consciousness, plays an important role. Diseases occur when this ecosystem gets out of balance.

Clinical practice would benefit a great deal from incorporating this integrative view, and the use of psychedelic compounds would be a complementary feature here. Think about a depressed patient who is given psilocybin in a controlled and safe setting. The ingestion of this medicine would deepen his/her sensitivity for introspective processes which have been affected over the course of the disease in maladaptive ways. This in turn also increases the probability for an adaptive change in attitudes and behaviors.

Deep ecological thinking is an integral part of archaic cultures and indigenous world views, where the sensitivity for imbalances in the natural world is key for effective treatment. But it can also become a valuable resource for contemporary Western medicine and science, so that their focus is not only limited to repairing isolated deficiencies in the biomechanics of the body by means of sophisticated technologies. Therefore, I think that the medicinal use of psychedelics could pave the way for novel treatment paradigms, because they increase meta-awareness on a deep ecology level.

I immediately agree on incorporating this knowledge for medical purposes. But if you just think about the very profound question on the interaction between mind and brain, the quite divergent answers of a Peruvian Curandero and a Swiss neuroscientist demonstrate quite a dilemma again, don’t you think?

You might be right at first glance. Dualistic approaches to the mind and brain problem originate from the famous French philosopher René Descartes and have strongly influenced Western thinking. In contrast, the viewpoint of indigenous tribes of South America is completely different and rooted in animistic or pan-psychist notions of the cosmos, in which everything is animated. If we go back to deep ecology again, mind and matter no longer appear as distinct entities, but are both parts of the same ecosystem, just like all appearances in this world. Having this in mind, the dualistic separation seems no more than an artefact, a conceptual error of our language, depending on the point of view one is taking to resolve the paradox: Whether something appears as mind or as matter largely depends on our perspective.

The sense of reality can be profoundly altered during a psychedelic experience. Heightened levels of mental clarity can override our capacity for meaning attribution, suddenly everything appears as meaningful. Therefore, I doubt that psychedelic experiences can open doors to otherwise hidden “absolute truths”. Rather, they provide astonishing insights into the fabric of our everyday reality: We may discover how our perception of reality is driven by subjective evaluations and interpretations.

Within transformative psychotherapy, such insights might be helpful for patients who are caught up in depressive thinking with negative evaluations of themselves or their environment. Temporarily removing such biased convictions and broadening the patient’s perspective could be very relieving. Coming back to your question: Although psychedelic experiences certainly inspire metaphysical or psychospiritual beliefs about the nature of the world, I doubt their value, especially when they become dogmatic. But I do believe in the importance of open-mindedness, and this feature can certainly be fostered by consciousness-altering substances.

Let’s shed some light onto your work in the lab: You call it a bioarchaelogical endeavor into visualizing mental states with tools such as fMRI. Critics call it a mission impossible as too many intermediate steps need to be taken to be able to reach that goal. The magnitude of abstraction is said to be too high. What do you respond to that?

I see myself as a bioarchaeologist, digging down deep holes into the brain to decipher the signals that I encounter there. This task of course has limitations. For instance, brain signals mostly show up like hieroglyphs that are completely non-readable to me. Then I am also concerned about the true informational content of the signals that I seem to be able to decipher.

This boils down to the question of how much of our mental activity can be really traced back to neuronal processes. Maybe those signals refer to processes that are not even related to subjective experience. You see, there are a lot of problems that I acknowledge. I also don’t sell myself to the illusion that we will have a unified theory of consciousness in the near future.

However, I also see a big problem in the current development in the field of the natural sciences, there is a trend towards the formation of sub-disciplines with a lack of dialogue between them. Transdisciplinary thinking can prevent us from falling into the traps of limited epistemological perspectives, such as the visualization of mental processes by neuroimaging methodology. Taking different perspectives and viewpoints will finally help us to understand our brain piece by piece.

And which signal would you personally like to dig up as bioarchaelologist?

As I am very interested in the neurobiology of self, I would like to identify brain processes that are associated with the maintenance and the dissolution of the sense of self. This could give us a deeper understanding of why psychedelics or meditation exert a transformative impact. This also includes states of self-transcendence, in which one feels deeply connected with one’s fellow human beings, one’s environment and the whole ecosystem.

In our culture, psychedelics still suffer from a negative image. How would it be possible to integrate altered states of consciousness in our culture, maybe heading to some sort of secular spirituality, as proposed by Thomas Metzinger?

First of all, I believe that the negative image of psychedelics in our culture is to a great extent due to today’s Zeitgeist, in which we are totally afraid of losing control in our overly- planned lives. Compared to indigenous cultures, we lack safe and culturally accepted spaces to let go of conscious control and to explore deeper layers of consciousness through psychedelics. Ideally, such spaces should be free from religious or doctrinaire manipulation, so I would stress the secular aspect that you’ve mentioned. It is primarily the responsibility of the individual, which meaning is attributed to these experiences. As part of this process, openness and curiosity seem to be more appropriate than uncritical ideological or psychospiritual interpretations.

A psychedelic experience also includes the willingness to surrender to negative thought contents and difficult emotions that might arise during the course of such a session. An attitude of openness and acceptance towards feeling the entire spectrum of emotions, rather than suppressing negative emotions, may increase psychological well-being in the long term.

Finally, I believe that a careful and intelligent use of the transformative potential of altered states of consciousness could not only improve medical practice, but also our cultural coexistence as human beings.

Some of Milan’s publications