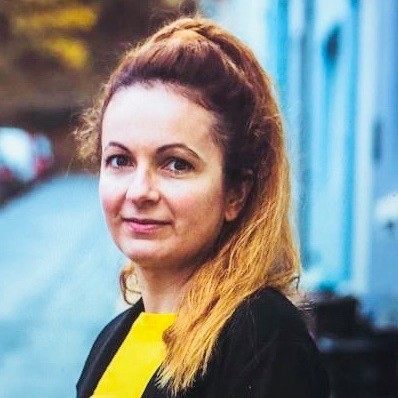 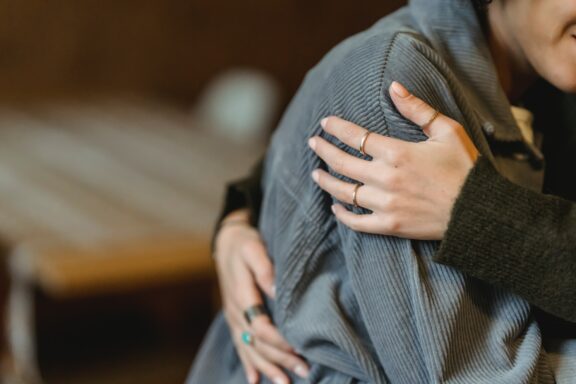 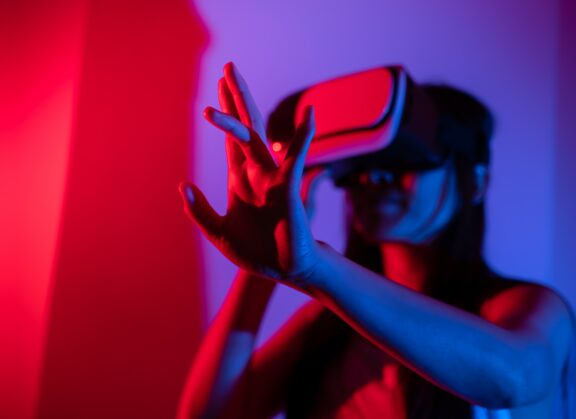 The “Me” Relating to the World

Imagine you are walking on warm sand, on a sunny summer’s day, holding hands with your partner. While perceiving this environment, your brain receives and needs to integrate a cascade of sensory information coming from both outside and inside your body: the warmth of the sand, the brightness of the sunlight, the salty smell of the air, the sound of your heart pounding in your chest, the warmth of your partner’s skin touching your hand.

We usually experience a ‘real me’ that is linked to the body and which lies at the core of all of our sensory experiences, emotions, memories, and thoughts. This ‘I’ or ‘me’ is somehow always there, even if only in the background – transparently, so to speak; and it is felt as being distinct from the world and other people (the sand and your partner, let’s say).

This sense of being a ‘real me’ connected with a real world ‘out there’ makes us feel present and immersed in the flow of our daily lives. But how exactly does this work?

In a seminal paper entitled ‘Whatever next? Predictive brains, situated agents, and the future of cognitive science’, Andy Clark1 proposed that the brain’s job is to predict whatever information is coming next based on the information perceived before. Instead of being a passive sponge receiving information from inside and outside our bodies, the brain actively anticipates the world through the lens of past experiences. Whatever we have perceived and experienced before leaves traces, so to speak, in our nervous and perceptual systems. The brain uses these ‘traces’ prevailingly to spot danger. This is why it’s so difficult to forget negative events: the brain wants to keep us out of trouble. Harmless information, like the colour of the doorknob at my hotel, will likely be treated as boring and erased from memory. However, the colour of the jacket on the thief that attacked me on the street stays with me. This is an important insight stressed by Clark and other researchers like Karl Friston2 and Jakob Hohwy.3

Perception is for Survival in the Here and Now

Let’s have a closer look at the influential expression “whatever next”. Indeed, what really matters for our survival is to correctly perceive not only what happens next, but also what happens here, that is, next to my body. Take the following example.

Suppose I’m drinking a cup of coffee on a terrace on a Greek island (oh, well – I’m allowed to dream, I guess, since terraces are currently closed in my country). But let’s imagine the scene: I take a sip and next want to admire the clouds above, but while directing my attention to the sky, I see a spider on the table close to my hand. Suddenly, the perception of what is next to my hand is a high priority. Temporally speaking, both the perception of the sky and of the spider come ‘next’, that is, after me sipping coffee. But the perception of the spider next to my hand puts my defence system on red alert. Now I don’t care about the beauty of the sky anymore, or the taste of my coffee. Now, all my perceptions and thoughts and emotions are clustered around one single important fact: the spider-next-to-my-hand, and how to escape safely.

Why is this observation important?

It is important because philosophers and scientists across disciplines and traditions have focused mainly on vision and distal perception: I see the world / an apple / a red tomato ‘there’. In reality however, our perceptions are proximal and multisensory in nature.4 We constantly perceive the world and what is next to our body through our skin, for example, or through smell. However, although these ‘modest’ senses give us the most essential information about our survival, we tend to neglect them, dismiss them, or take them for granted.

Paradoxically, precisely because proximal senses such as touch and smell are so close or ‘next’ to our body, we typically underestimate their importance to us. Amongst these proximal senses, which are blended to form an almost transparent experiential background, tactile experiences have a special status in orchestrating our lives. 18 I can see at least two main reasons for that.

First, touch is mediated by the skin, the oldest and broadest organ in terms of size and function.6,7 This means that the most primitive way to meet and perceive the world around us is via touch. It gives us the most fundamental sense of presence, of reality. Recall the famous Saint Thomas anecdote: in order to believe that a wound was real on the other’s body, he felt the need to touch it. Seeing it alone was not enough.

The skin also mediates the boundary between the self and the outer world. At the same time, it distinguishes us from and relates us to the reality ‘out there’. Tactile experiences have what the French philosopher Maurice Merleau-Ponty called the inevitable duality ‘touchant/touché’: I can see someone without being seen back, but I cannot touch an object or a person without being touched back. Inevitably, by holding hands with my partner, I receive information not only about my hand, but his hand too (his skin is warm and my skin is cold, for example). This inescapable duality encouraged researchers to look at the skin as being a relational organ par excellence.8

Our Perception Starts within Another’s Body

Second and importantly, touch plays a key role in exploration and social bonding, which confers a sense of closeness and belonging.

One important yet overlooked aspect of the current debates on the nature of perception is that our most primitive perceptual experiences emerge within the body of another person. In other words, the most primitive embodiment is a shared embodiment, or co-embodiment.9 Crucially, while not all humans will have the experience of being pregnant or carrying a baby, the experience of being carried and growing within another person’s body is universal.

This means that our most primitive experiences may be fundamentally shared experiences.10,11,12,13 Indeed, well before we meet other people’s minds, we literally meet their bodies – and depend on them for survival. Remember, for the brain, survival is key. Living organisms like ourselves have an inescapable drive to live on and potentially reproduce. Humans come into the world within another’s body and initially remain dependent on the physical closeness and affection of a caregiver for survival and happiness.

The observation that humans come into the world within another’s body could have two important implications for critical questions fuelling current debates on the nature of perceptual experiences, consciousness, and self-awareness.14

First, a dynamic and complex system such as the human body needs to be able to play a double game in order to survive and potentially reproduce. On the one hand, it has to successfully maintain sensory states within certain physiological bounds: if we get too cold or too hot for too long, we die. On the other hand, the body must flexibly change these states in order to adapt to a constantly changing environment.15

If we look at the human body through this dynamic lens, it become obvious that what happens in between the organism and its environment – the boundaries – plays a key role in making sure this game is played successfully and flexibly enough to keep the organism alive. Future work on perception and consciousness thus needs to define the critical notion of “boundary” or “in between”: in other words, the process of exchanges between two states or two organisms.

A second key implication resulting from our embodied emergence concerns consciousness itself, and the very definition of the term ‘minimal self’ (Ciaunica, forthcoming). Previous approaches have addressed this question by trying to find the fundamental basis of minimal selfhood.14,17 Yet another alternative is to focus on how selfhood and conscious experiences emerge and dynamically unfold across one’s lifespan. To use a metaphor, ‘minimal’ in this sense would refer to the seed that contains all the latent information about the upcoming tree, rather than the schematized and abstract structure and shape of a fully-fledged adult tree.

And if we look at how the ‘human tree’ gets off the ground (so to speak) in utero, then we simply can’t ignore its bodily and relational roots.

If you want to learn how to connect with both your invisible and visible bodily roots, join the next BEYOND Experience workshop – a psychedelic integration workshop that puts a lot of emphasis on bodywork, meditation, and more.

Learn more about BEYOND Experience