How Psychedelics Can Lead to Lasting Change 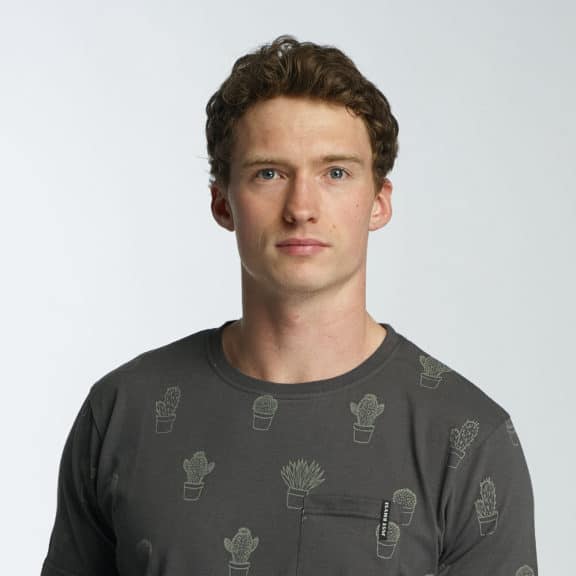 Jannis Ulke's research at Charité University Berlin focuses on the role of insulin resistance in neuroplasticity and depression. Beyond Experience – A Multimodal Workshop for Focused Psychedelic Integration

“…I could see [my relationships] clearly almost as if for the first time. I had fresh insight into things. It was almost as if suddenly the scales dropped from my eyes, I could see things as they really are.” 1

We are witnessing a so-called Psychedelic Renaissance, with more and more studies showing the positive effects of psychedelic drugs for the treatment of a wide range of mental disorders, including depression,2 anxiety disorders,3 post-traumatic stress disorder (PTSD),4 and addictions.5 Just a few doses of these compounds – and sometimes only one – can cause lasting psychological benefits. Great efforts have been made to understand the mechanisms behind their therapeutic effects. Recent research suggests that the efficacy of psychedelics depends on the intensity of certain subjective phenomena.3,6 Psychedelics commonly produce profound experiences through which people gain deep insights into their mental and social lives. In this article, I examine how psychedelics may promote psychological insight, and argue using current scientific evidence that these insights can lead to lasting psychological change.

Although psychology lacks a generally accepted definition of insight,7 the term has readily been used in the field of psychedelic research, often without much clarification. Insight usually means a sudden realization—often referred to as an Aha! or Eureka! moment—allowing the individual “to solve a problem or experience a phenomenon differently”.7,8 It may also indicate a general level of self-knowledge or self-awareness, particularly when used in the context of psychotic disorders.9 Gaining insight has been defined as a psychoanalytic realization, or a type of experiential knowing, through which one gains a new awareness of emotions, behaviors, beliefs, memories, and relationships.7,10 While some theorists argue that insight is synonymous with change,10 for others gaining insight alone is not sufficient to produce change.11

Accounts of Insight on Psychedelics

Subjects in psychedelic studies often report suddenly seeing things from a new perspective. They become able to comprehend their patterns of thought and behavior, as well as their relationships, with unprecedented clarity:

“I was thinking about relationships I had with other people and thinking I could see them clearly almost as if for the first time. I had fresh insight into things. It was almost as if suddenly the scales dropped from my eyes, I could see things as they really are.” 1

“It’s almost as if when you take the capsules, it’s like taking onboard your own psychotherapist.” 1

Other people feel that they have gained deeper insights into philosophical questions12 like the meaning of life, the nature of consciousness, or their relationship to nature:

“Before I enjoyed nature, now I feel part of it. Before I was looking at it as a thing, like TV or a painting. You’re part of it, there’s no separation or distinction, you are it.” 1

People often rate their psychedelic sessions as among the most insightful experiences of their lives.13 Furthermore, multiple studies with psychedelics found improvements in general life satisfaction, as well as lasting changes in attitudes and behavior, and a more positive outlook.14,15,16 There is growing evidence that attaining psychological insight plays a crucial role in mediating these positive effects.

In recent studies, psychedelic-induced insight was strongly associated with reductions in depression and anxiety.14,17,18 Psychedelic insights have also been advantageous for people suffering from alcoholism: The more psychologically insightful their psychedelic experience, the better it predicted reductions in alcohol consumption.13 Similar results have been found regarding tobacco addiction.19

Furthermore, another study indicated that psychedelic-occasioned insights may facilitate personality change in people suffering from depression. The degree of insightfulness felt during a psilocybin session was associated with an increase in extraversion and a reduction in neuroticism. This means that respondents were more likely to become more outgoing, enthusiastic, and talkative, as well as less likely to be moody and experience feelings of worry, anger, guilt, and loneliness.20

There is consensus within psychotherapy that spontaneous insights can prompt therapeutic change. However, it is less clear why insights reliably occur during psychedelic trips, let alone how they might lead to lasting change and how this manifests in the brain. Classic psychedelics like LSD or psilocybin produce their psychoactive effects by stimulating serotonin 2A receptors (5HT2ARs) in the brain. These receptors are highly expressed in the cortex, especially in high-level regions of the brain’s functional hierarchy, such as the default mode network (DMN).

The DMN is thought to be involved in thinking about oneself and others, remembering the past, and planning for the future.21 Moreover, it is strongly involved in the narratives we tell ourselves and our beliefs about the world. A highly active DMN, particularly pronounced in psychiatric disorders such as depression, may prevent us from revising our beliefs by suppressing information that lies dormant in lower levels of the brain (e.g. the limbic system, which is involved in emotional processing).22

A recent theory from the British neuroscientists Robin L. Carhart-Harris and Karl J. Friston posits that by stimulating 5HT2ARs, psychedelics disrupt higher levels of the brain like the DMN, leading to a more plastic and less inhibited state. One’s confidence in deeply entrenched assumptions and beliefs relaxes, making the brain more amenable to revising those beliefs through sensory input and through information from lower levels of the brain.22 In other words, psychedelics facilitate an acute shift of the brain’s connectivity that makes it more receptive to suppressed information. Thus the individual can access a new perspective, which is commonly experienced as sudden insight.

How Insights Lead to Lasting Change

The state of mind with which the individual enters a psychedelic session is also crucial for the emergence of insights. In studies with psychedelics, people are often advised to suspend their analytical thinking and enter their experience with an open, curious mindset. Thus the mantra “trust, let go, be open,” has been commonly used in psychedelic therapy.23 When people go into their psychedelic session with the intention to surrender to the present moment and be open to whatever the experience brings, insights are more likely to emerge.

All of this notwithstanding, even the most insightful experiences on psychedelics can fail to produce lasting change. Therefore, it is crucial to understand the circumstances under which such experiences lead to enduring benefits. Psychologists Miller and C’de Baca described a phenomenon, which they called quantum change, wherein certain experiences lead to sudden transformation in people’s emotions, values, behavior, and relationships.24  Most quantum changes share similar characteristics: they (1) come suddenly and unexpectedly, (2) are characterized by intense positive emotions, (3) leave the individual with the knowledge that something very unusual has happened, and (4) lead to lasting change. Similarly to psychedelic-induced experiences, quantum changes often bring about deep insights and mystical-type effects, such as a feeling of a transcendent other, a feeling of unity with all of humankind and nature, and “a sudden knowing of a new truth.”25

Their strong similarity to quantum changes may help to explain the ability of psychedelic experiences to profoundly change people’s lives. When psychological insights are accompanied by intense emotions or awe-inspiring, mystical-type effects, they may have much more transformative potential than either experience alone. And it goes without saying that any insight must be properly integrated, which entails actively reflecting on one’s experience and exploring how to put it into practice to invoke enduring change. This process of repeatedly acting upon one’s insights may require help from others, such as family, friends, or therapists. Unfortunately, it is often neglected, leaving much of psychedelics’ transformative potential untapped.

The Veracity of Insights and its Implications for Mental Health

Given the profound and mystical experiences people can have on psychedelics, it is not surprising that they sometimes come out of a trip with supernatural and irrational beliefs,12 especially when consumed repeatedly under uncontrolled conditions.26 Since well-being grounded on false beliefs seems rather undesirable and—one may argue—less stable, we should care if these insights are grounded in reality. Hence the question arises: How veridical are psychedelic-induced insights?

It is highly doubtful that psychedelic experiences can bring people any closer to understanding the nature of the universe, or give proof of something like universal consciousness (as sometimes claimed by psychedelic enthusiasts). However, even faulty, epistemically questionable insights may have benefits in the sense that they can aid the individual in changing their perspective, resulting in improved cognitive, emotional, and social functioning.27 More generally, they may simply increase openness to experience and foster curiosity, leading to more engagement with the world and thus more opportunities to gain knowledge.27

Although some people may gain psychological benefits from delusional insights, they often compromise people’s understanding of their environment and their capacity to construct a reliable representation of the world.  Generally, a mental model that commits to a reasonable approximation of reality tends to be more trustworthy and thus more conducive to people’s mental health. Therefore, it is advisable to make sense of one’s insights with an open yet skeptical mind that is wary of magical thinking and self-deception. Along these lines, in his work “The Philosophy of Psychedelic Transformation” the philosopher Christopher E. R. Letheby argues at length in favor of reconciling one’s profound, mystical-type experiences with a naturalistic worldview absent of gods, souls, alien entities, or supernatural realities.28

Psychedelics have the potential to invoke sudden psychological transformations that conventional psychotherapy would have achieved over the course of years, if at all. It is not only through the acquisition of new knowledge, but especially through the reorganization of their minds that people can drastically improve their mental condition. Psychedelics may do precisely that. They aid the emergence of insight and perspective change by disrupting brain networks involved in self-representation. In doing so, they may constitute a remedy for destructive thought patterns and dysfunctional behavior if appropriately implemented and acted upon. More research will show how to optimally design the psychedelic experience (including preparation, dose, setting, and integration) in a way that promotes psychological insight for the individual. Furthermore, our society needs safe spaces where the psychedelic experience can be carefully prepared and integrated, and where these compounds can be used responsibly and legally to facilitate self-knowledge and allow people to change for the better.


Find out more about uniMIND